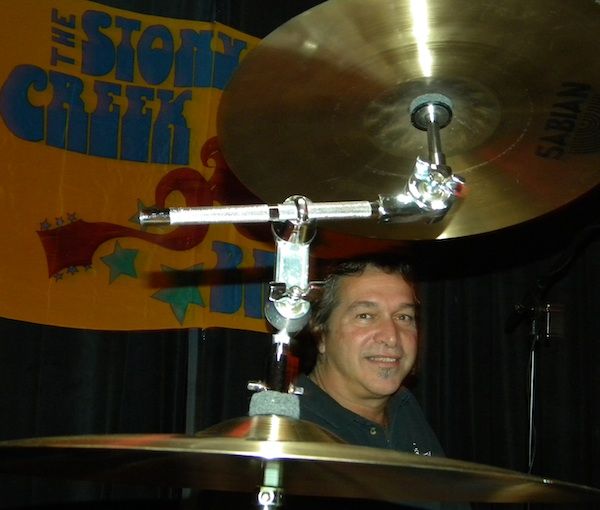 Being a self- taught drummer growing up in Upstate New York , Loves nothing more than to play drums and fill a venue with musical beats of all styles. He has done so from Coast to coast, still traveling the East coast performing Live shows and doing session work.

Through the years of playing, Broadway Musicals, Jazz, Classic Rock, Pop, Country swing, Cajon, Big Band, Funk, Bluegrass rock, Honky Tonk and Mike’s favorite, “the Blues” He is known as having an easy going , can –do , attitude with tons of experience, that still make him the go –to , in demand guy for Shows and sessions in all styles of music in the Tri State area !

Toured with the Marcia Lynn band in the early 80’s, the opening act for Waylon Jennings of that year and other well-known groups that have opened shows for ; Elvin Bishop, The New Riders of the Purple Sage , The Outlaws, Orleans, The Winter Bros. Band, Pure Prairie league, The Platter’s, Poco, Richard Marx, The Henry Paul Band, James (D, Train) Williams and the list goes on. Performed on the NBC National Television “Today Show “ with the Stony Creek Band on July 27th 2009 . Currently playing the groove for: The Stony Creek Band, Big Medicine, George Fletcher’s Foldin Money, and the Black Mountain Boys ( NYC) . On August 11th of 2013, Michael was inducted into the New York , Blues Hall of Fame, as a performing artist !

Michael is known to lay down a serious Back Beat making it infectious to dance! And always put’s his heart and soul into every Hit of the skins ! Play’s and Endorses Gretsch Drums and Sabian cymbals, and KAT electronics Exclusively

Currently based and Living in Saratoga Springs, NY